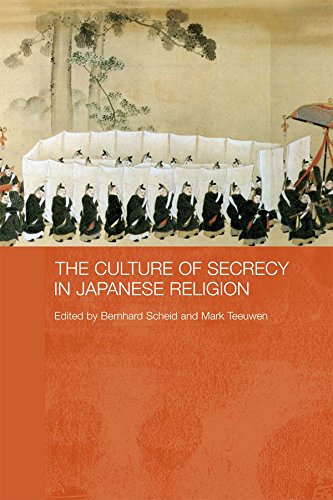 The Japanese Middle Ages were a period when forms of secrecy dominated religious practice. This fascinating collection traces out the secret characteristics and practices in Japanese religion, as well as analyzing the decline of religious esotericism in Japan.

The essays in this impressive work refer to Esoteric Buddhism as the core of Japan’s "culture of secrecy". Esoteric Buddhism developed in almost all Buddhist countries of Asia, but it was of particular importance in Japan where its impact went far beyond the borders of Buddhism, also affecting Shinto as well as non-religious forms of discourse.

The contributors focus on the impact of Esoteric Buddhism on Japanese culture, and also include comparative chapters on India and China. Whilst concentrating on the Japanese medieval period, this book will give readers familiar with present day Japan, many explanations for the still visible remnants of Japan’s medieval culture of secrecy.